Here, you will see lessons on:
THE VOWELS, NUMBERS (1-10), ZERO, GREETINGS and THE ALPHABET.

I am currently teaching Spanish and French in our homeschool co-op (ages 1-5) and additionally Mandarin Chinese to my children.
The only thing I stress is that I make sure they notice and know which language we are working on at the time. They switch gears rather easily and do very well. Even those who do both French and Spanish with me (on different days) haven’t had a problem. I haven’t thought of a strategy on how to teach languages to youngsters because I haven’t really encountered the need to have one.
My 2 year old was mixing letters. She knew all the letters in the alphabet in both English and Spanish, but she’d say some in English and some in Spanish. She is now getting better at differentiating them a bit more.
Hope this helps. 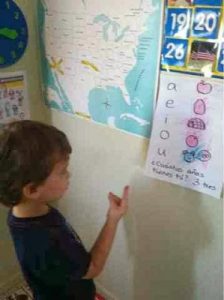 Practicing Spanish (The Vowels) We learned them along with sign language. He is saying “U” here. 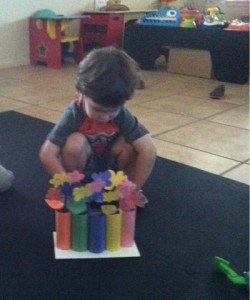 This was a great way to introduce these two words. I put this copy on the floor and went over the coming in and going out a few times. It was fun. 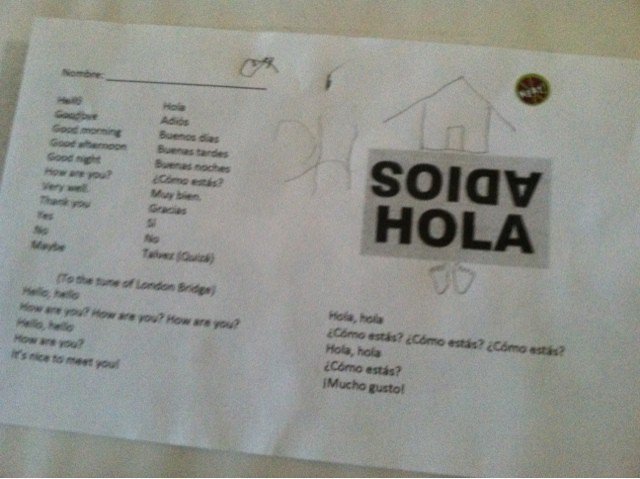 These are a few of the greetings we learned. We also sang a couple of songs with motions (see above and below) to reinforce the greetings. 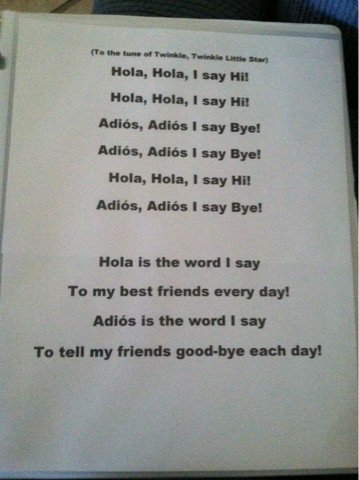 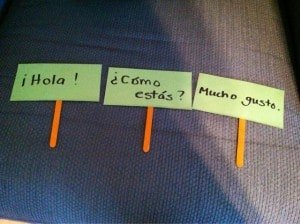 Spanish: El Alfabeto
Today, we learned the Spanish alphabet rap and sign language for all the letters in the alphabet. I have the best students! 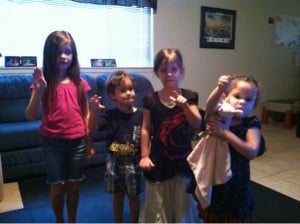 Yesterday, we started to learn the alphabet in Spanish. Please keep the handout I gave the kids because we will be using it for several weeks. I wrote the pronunciation under each letter (with Spanish pronunciation). We did A to M. Next week, we’ll do the rest and they will learn a rap. It is kind of fast, so I wanted them to be introduced to the names of the letters first.

Spanish: El Alfabeto (The Alphabet)
Today, we reviewed the vowels, the numbers (1-10) and the letters. We practiced the letters of the alphabet with the additions (ch, ll, ñ, rr) and they did great!

I have alphabet stickers. I’d secretly pick one and the first person to say its name in Spanish would get that sticker. They were having fun. The cool thing was that if someone was a little behind, I’d ask that person specifically for the name of a letter and no one complained. They were so respectful. We are definitely playing this again, at least until I run out of stickers, hehe. 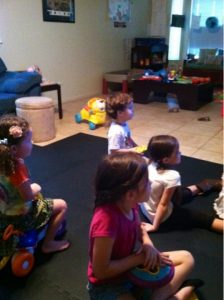 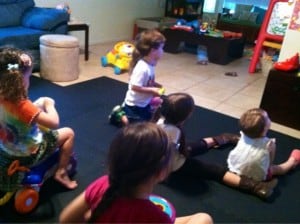 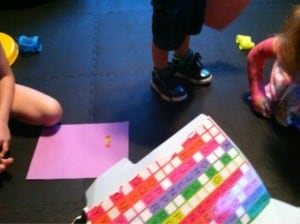 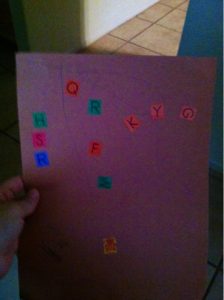 Previous Post: « How Our Homeschool Co-op Got Started and How it Works
Next Post: Monthly Goals: February 2014 »