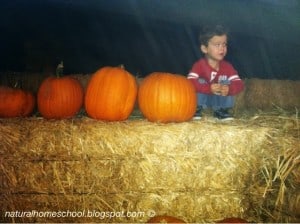 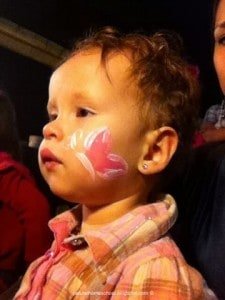 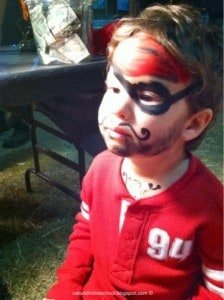 In Spanish, we started with a bilingual rap. We would tap our laps and go, “one, two, three, four, uno, dos, tres, cuatro.” Then we’d stand up, dance and go, “dance, baila, dance, baila, etc.” Then we went, “clap, aplaude,” “turn around, da vueltas.” Everyone had fun, especially with the free dance part.
Then we reviewed everything that we have been learning.
Afterwards, we did our Fall activity, reviewing the colors and introducing Fall vocabulary.
La calabaza anaranjada: the orange pumpkin
El maíz rojo: the red corn
El gato negro: the black cat
La paja amarilla: the yellow hay
La vaina verde: the green ivy
As you see, we used all Fall colors and Fall objects. We also talked about how in English we say the article (a or the), then the color and then the noun. In Spanish, we say the article, then the noun and lastly, the color. 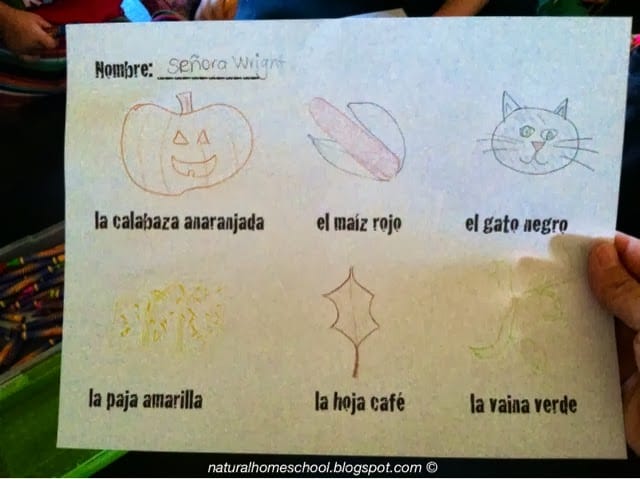 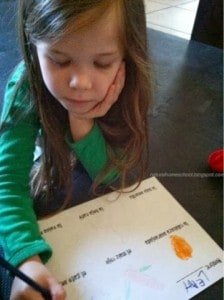 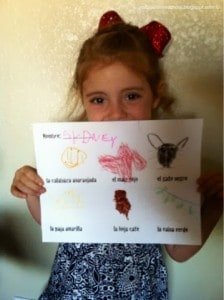 Montessori Culture (Geography): Penpal and Postcard Exchange
K is pictured here, handing our wonderful post office lady his penpal’s package. It contains a letter and his birthday gift.
Bible: Kidz Klub
Today, they had the “store” open to “buy” prizes with the crash cash they have been collecting for a couple of months. The wooden cross you see pictured at the bottom of this section is one of the prizes K got.

Music was a little tough today because the composers are maybe a bit advanced for this age. I tried to make it fun by letting the kids color Johann Sebastian Bach and then enhance his cottony-powdery white wig.  We discussed the Baroque Era, Mr. Bach’s 20 kids, and how he worked in the church his whole life. I’m going to try and upgrade future lessons, and maybe do Halloween music fun next week. 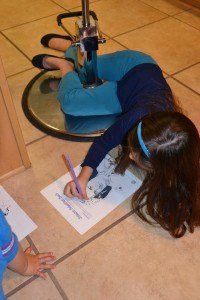 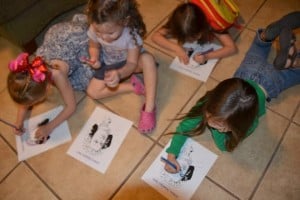 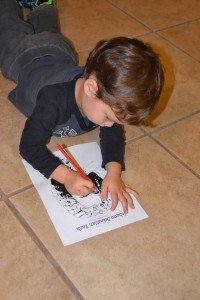 Art: The Effect of Colors

We learned about the use of color to create moods, specifically looking at Picasso’s Blue and Rose Periods and Georgia O’Keeffe’s flowers. We also reviewed warm and cool colors. We then attempted to paint flowers in different colors and see how the different colors made us feel. 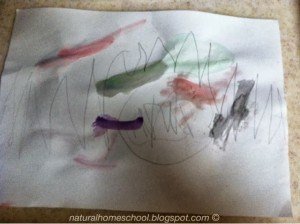 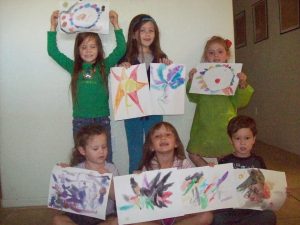 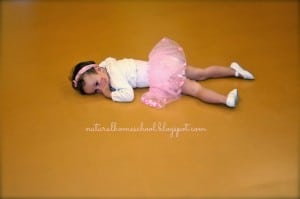 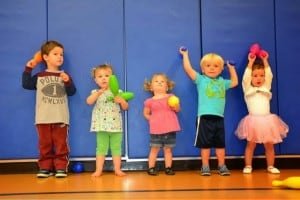 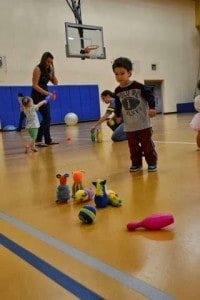 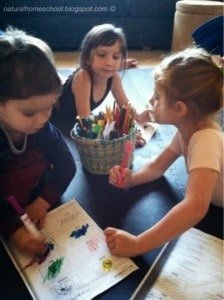 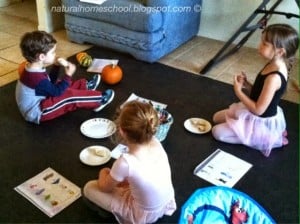 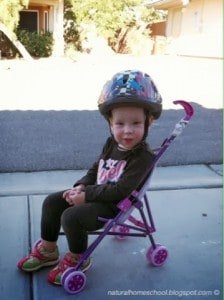 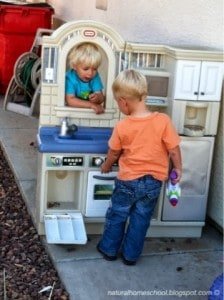 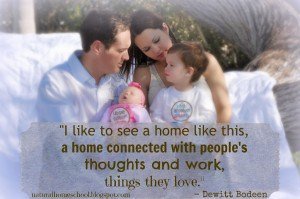 Previous Post: « Homeschooling October 2013 Part 4
Next Post: God’s Love and Gift to Us: The Plan of Salvation through Ribbon »