In this post, I will share with you my review of some Reading Intervention Programs for Kids called MaxGuru. These programs were created by a company named MaxScholar. But what is MaxScholar? MaxScholar is a comprehensive, research-based, multi-sensory, reading and language-based program that can be used for children ages 4-18 and for all ability levels, including learning disabilities like dyslexia and more. 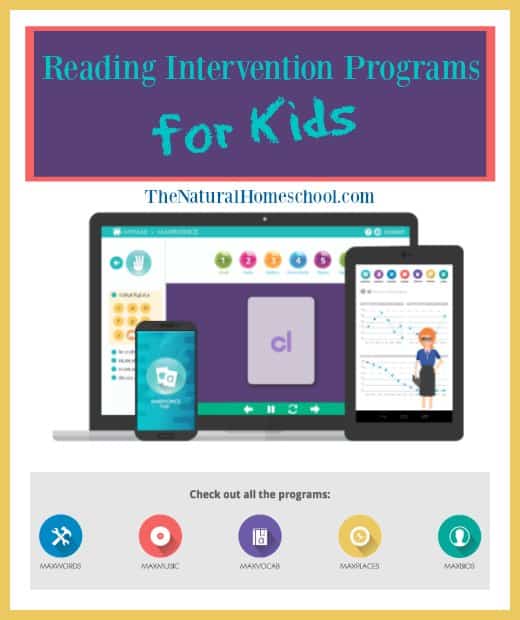 We reviewed the MaxGuru License, which includes: All MaxPhonics, All MaxReading, All MaxWords, All MaxMusic, All MaxPlaces, All MaxBios and All MaxVocab. It is the most complete and comprehensive of the licenses they offer because it encompases all of their programs.

We used MaxScholar’s MaxGuru license for my two children. My oldest is six years old and at a more advanced level, so we quickly figured out that the MaxPhonics program was too easy for him. We moved on to MaxReading and he enjoyed working on the highlighting and finding hidden words. MaxGuru did keep him entertained while learning, but it wasn’t his first choice of program.

I think that the placement test was a bit overwhelming to him and we also experienced some glitches that made him get a lower score than he deserved. We didn’t see a way for him to retake it. I will say, though, that I receive at least 2 emails per week from MaxScholar letting us know of improvements that they are making. It is encouraging to see how actively involved the programmers are at making this a great experience for its users.

I am excited to go into MaxWords and learn more about Latin and Greek root words, which we LOVE learning all we can about these languages since we are learning both in our homeschool. We will soon explore more of MaxPlaces. There are so many cities to visit and learn about! My son is fascinated by the highlighting mode. He is learning to find relevant information in passages that should be remembered and so we highlight them. 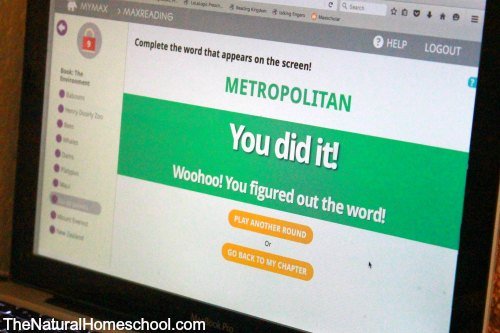 When we used MaxGuru by MaxScholar with my youngest (4-year old), we bumped into a glitch: since she is advanced for her age, she was past the MaxPhonics program, but I found that the next program was too advanced for her. There didn’t seem to be an in-between to transition smoothly from one program (level) to the next.

I found that she was getting bored with the MaxPhonics part, but at the same time, we couldn’t do other programs independently. Another thing to point out is that she was working out of her tablet, using the browser Safari. Some of the MaxPhonics program parts would only work with Chrome, which was a browser we did not wish to download, so this interrupted the flow of the learning experience for her. 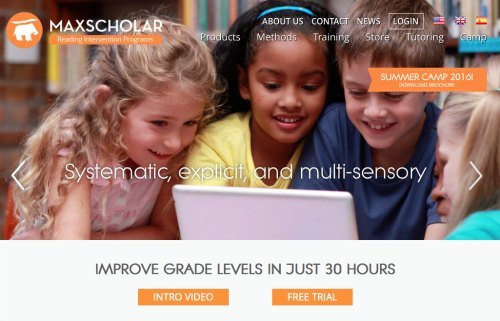 So what do I think of MaxGuru by MaxScholar? I say that there is definitely a lot to explore and learn, but I would recommend it more for children 6 and over, not 4 and up because of the issue we ran into, which I explained above. A solution would be for MaxScholar to come up with more in-between programs to make it easier to move from level to level. I also liked the communication I got from MaxScholar regularly and how parents can log in to see progress reports for each child.