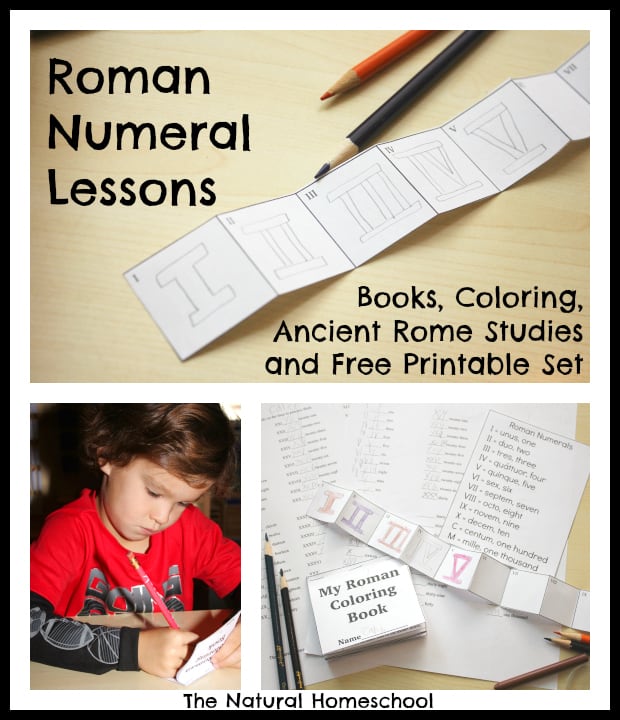 In this post, you will see what we learned about Ancient Rome, about Latin and about Roman Numerals. And don’t forget to grab the awesome printable set that I have to share with you! 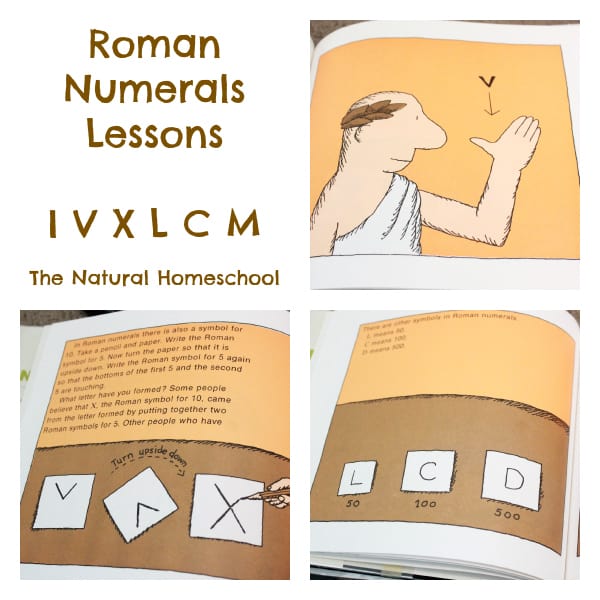 We read an amazing book about Roman numerals. It offers tips throughout on how to remember what the numerals look like. I cannot tell you how helpful and fun it was to read through it! I made a set of printables to learn to write Roman numerals. We also learned how to say some of them in Latin and I also made a mini coloring book with scenes of Ancient Rome to go with our Ancient Rome studies. 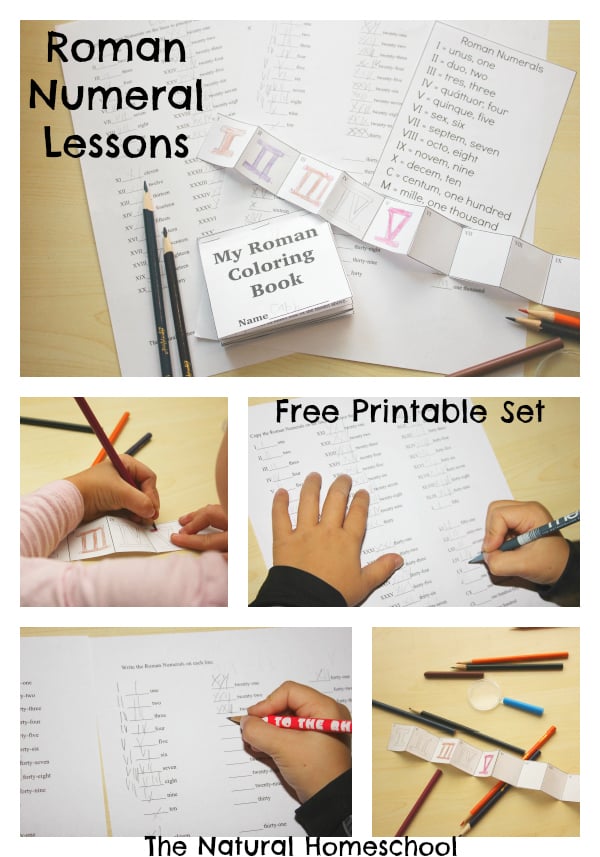 Basically, I printed it in black ink, cut it and taped the strips to form a long strip. Be sure and tape them in the right order! 😉 On the top corner of each square, there is a Roman numeral. The point of this activity is to copy the numerals on a bigger scale in the same square. When done, simply fold the squares back and forth to create a fun little accordion. 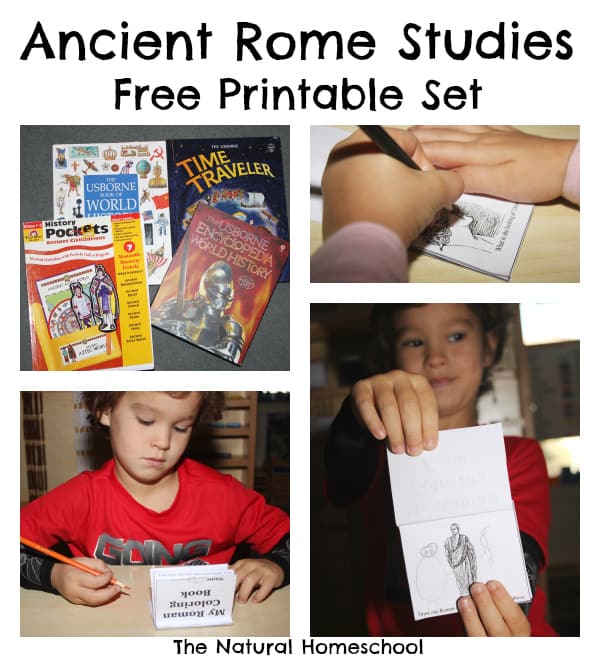 And we also read up a lot on Ancient Rome and made some fun crafts (topic for another blog post). 🙂 We read quite a bit, but here are our top favorites: World History, Time Traveler, Ancient History Pockets and Encyclopedia of World History. We learned about customs of the time, the way they dressed and ate and had parties. We also learned about the way they learned and how families lived in Rome.

We also learned about famous people of the time and famous wars that took place while the Roman Empire was powerful. It was sad to read about the causes for the fall of Rome and how Latin is now a dead language. We are learning Latin in our homeschool, so it doesn’t feel so dead to us. 🙂 We colored in the mini coloring book that I made for them as we listened about Rome in our SOTW CD (book).

We also wrote some Latin words in our mini coloring books, to make it come alive. We really enjoyed this unit and we hope you do, too. 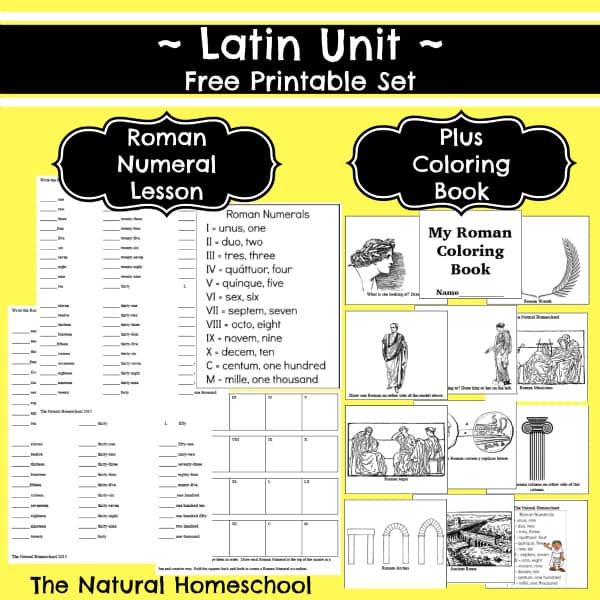 Here are your free printables! Enjoy!

Wanting to learn Latin? Don’t know where to start? Click on the images below to find some awesome resources! 🙂 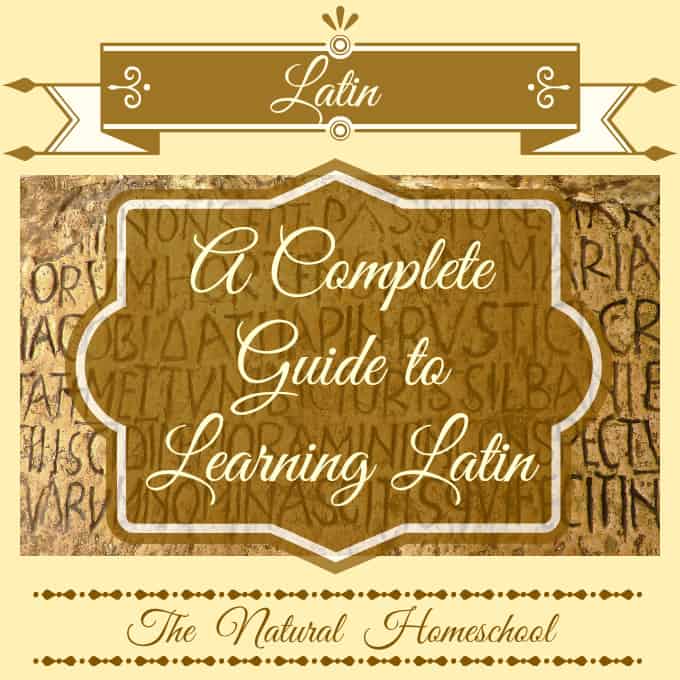 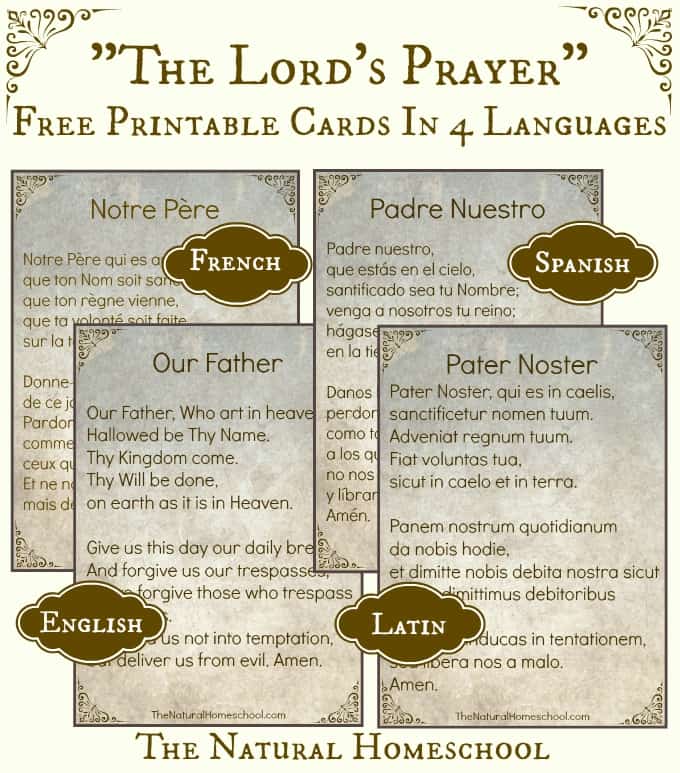 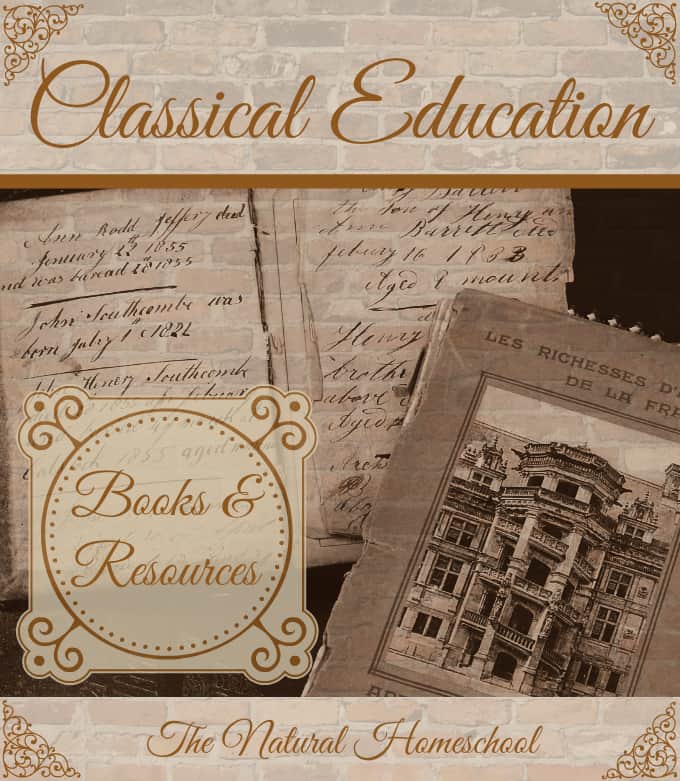 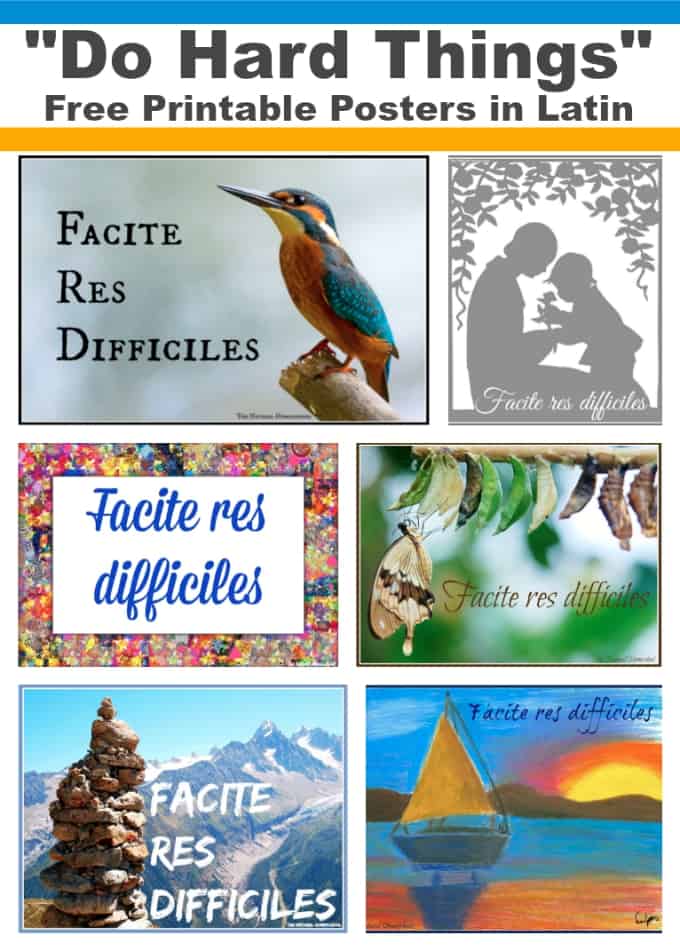 Previous Post: « Reasons Why I Teach My Children to Pray While They’re Young
Next Post: History of the Wreath & Holiday Wreath Crafts {Free Printables} »