With the rain, wind, and snow the country has been experiencing lately, the subject of weathering came up.

So, we’ve been reading books on weathering, erosion, and deposition.

The children have learned so much about how weathering works that I just had to share with you!

What Is Weathering, Erosion & Deposition?

Weathering is the chemical and physical processes that BREAK DOWN or WEAR AWAY and change the appearance of the Earth’s surface.

In essence, the wind and water cause small pieces of rock to break off at the side of a mountain.

Rocks BREAK DOWN because of this process! Now, weathering is not the same as erosion. 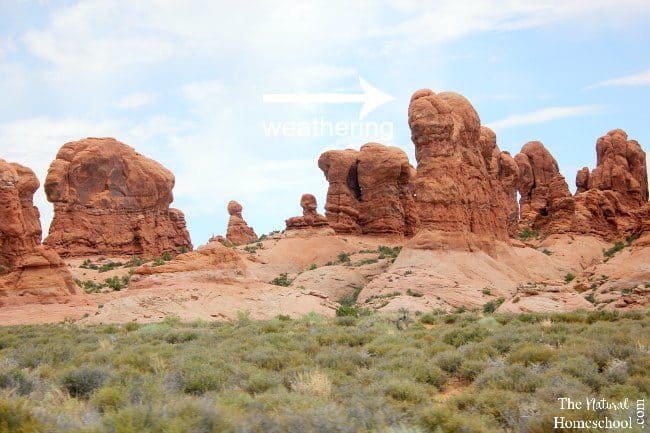 Physical weathering occurs because of the pushing or pulling of wind, water, ice, salt, gravity, or heat.

Chemical weathering occurs due to oxidation causing metals to rust or because of acid rain.

Take a look at all the images in this post.

I took them a couple of summers ago, when we went to places in Arizona and Utah full of the effects of erosion and weathering.

This was such a great up-close lesson and we learned so much that I am making information cards with images for you to print and use in your homeschool. 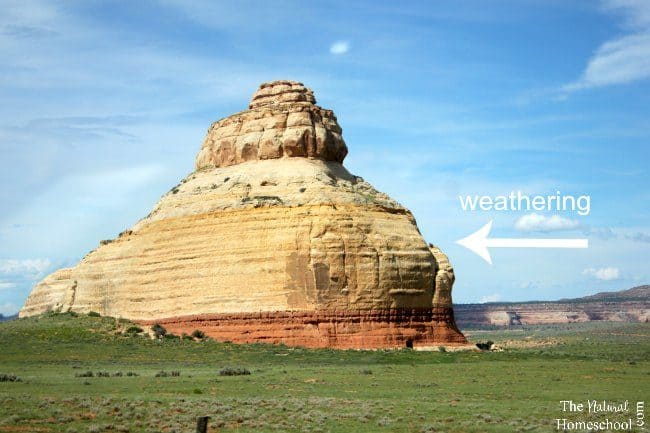 Is Weathering The Same As Erosion?

No, weathering is related to the breaking down and loosening of rock and soil into smaller pieces.

Erosion is the process by which water, ice, wind, or gravity MOVES or CARRIES the weathered rock or soil away.

Have you ever been to the Grand Canyon or seen pictures of it?

This iconic landform was formed by the Colorado River’s natural erosive action over the course of thousands of years…easy, yes?

Is Weathering The Same As Deposition?

No, deposition is the process in which sediment or soil is laid down or ACCUMULATES in NEW LOCATIONS. 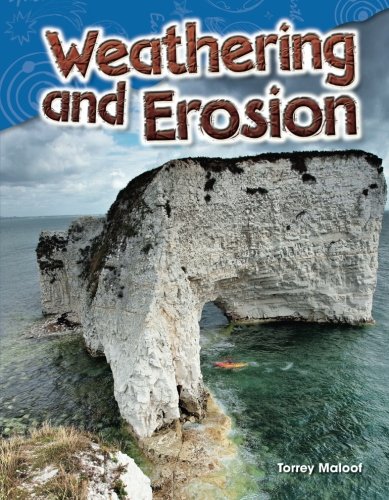 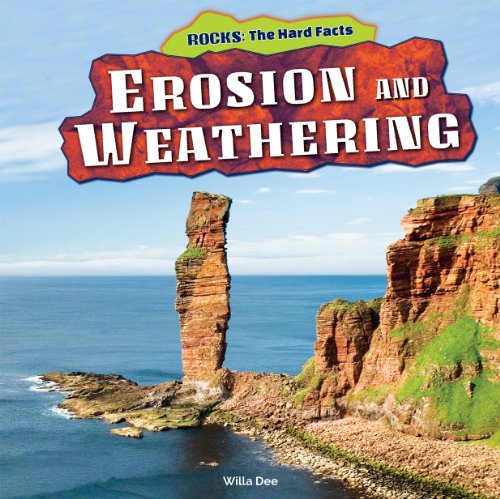 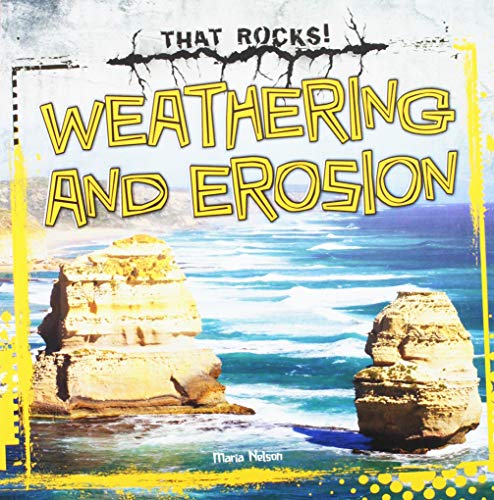 Weathering and Erosion (That Rocks!)

Reading is a favorite pastime around here so of course we found books on weathering! The book Erosion and Weathering explores topics such as how erosion and weathering create landforms and form sediment.

A Rock Is Lively is a gorgeous and informative introduction to the fascinating world of rocks. Rocks don’t just lie there!

They are constantly being weathered, and some rocks become particularly useful to us humans.

The book Weathering and Erosion explores how the Earth’s surface is always changing.

Did you know that even people can drastically change the Earth’s surface?

This book also has a fun, hands on science activity where children can see what happens when land erodes.

What Shapes the Land? Is a fascinating book in which children will learn about how mountains and islands form from volcanoes, how wind and rivers create canyons, how rivers and streams create underground caves, and how ocean waves shape coasts. 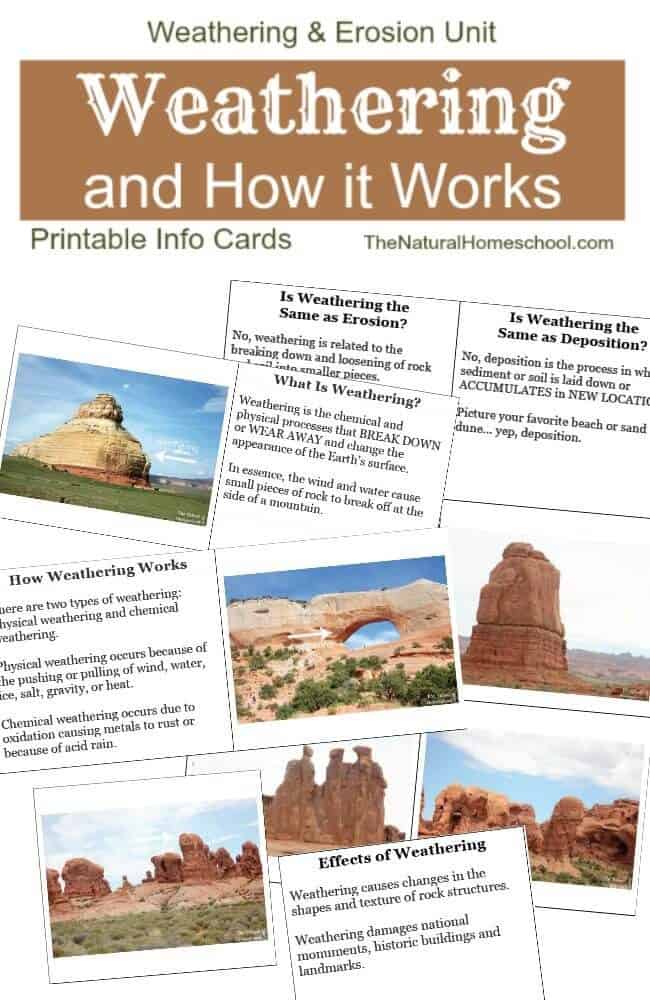 Have you liked this series so far?

Would you like to get these information cards? Simply enter your email below and you will receive the PDF file directly into your inbox.

Want the entire set of printables for an amazing price?

Thank you for visiting our Weathering & Erosion Unit: Learn All about How Weathering Works {Homeschool Printable Cards} post! 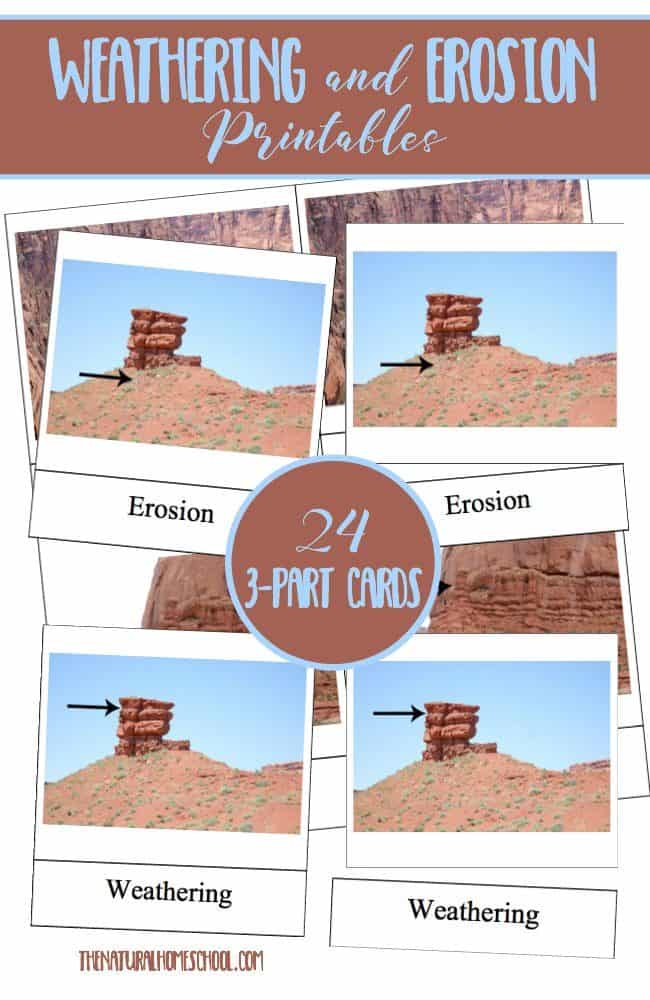 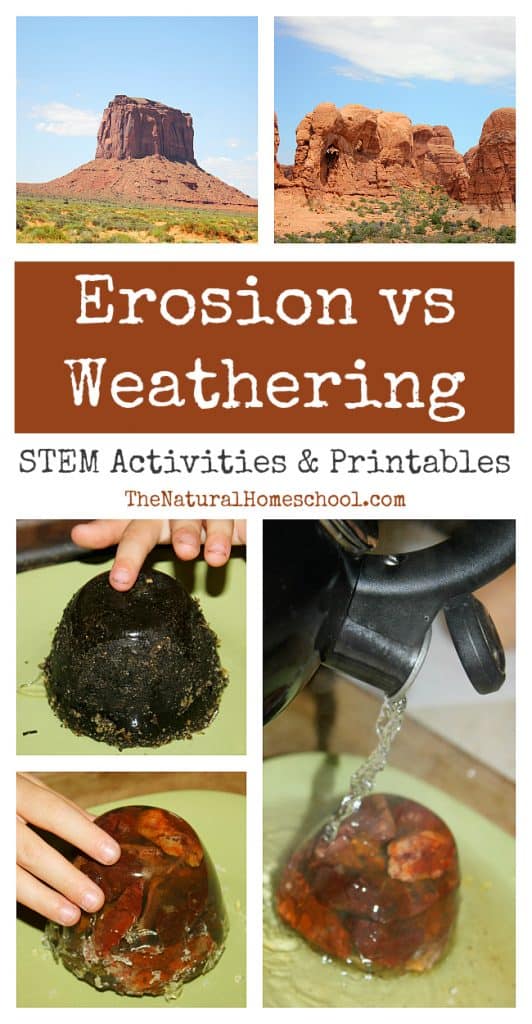 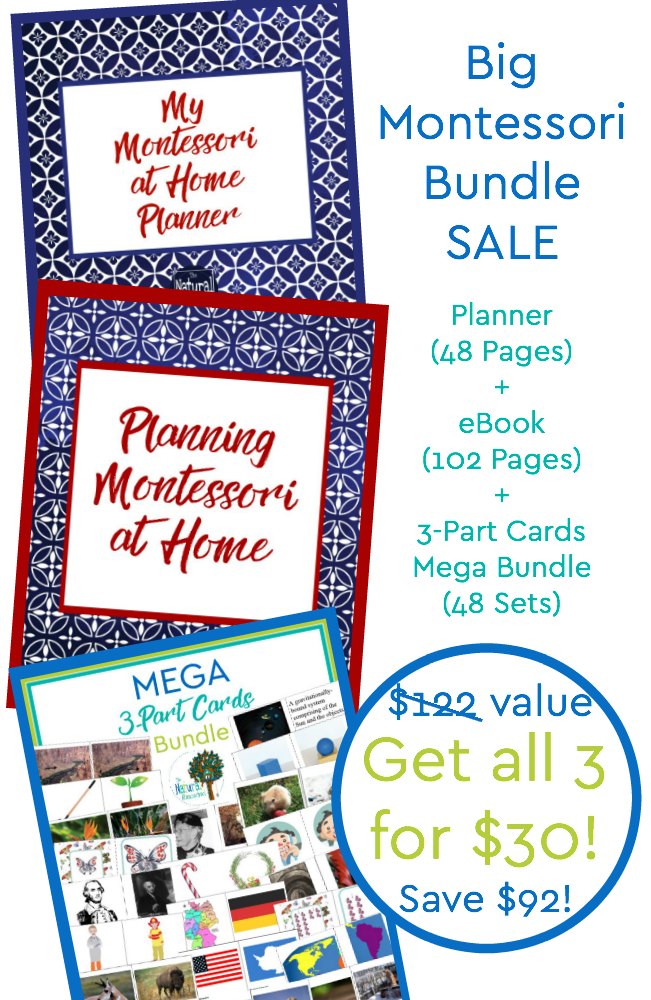