Would you believe me if I told you that your kids can learn to spell with games? Yes! Learning can be so much fun when we have the right tools and materials for that to happen.

I love how Magnobrain came up with such a great set of games that exercise kids’ brains and make them smarter while they play games. Let me tell you about our product review and how we are enjoying these games in our homeschool. 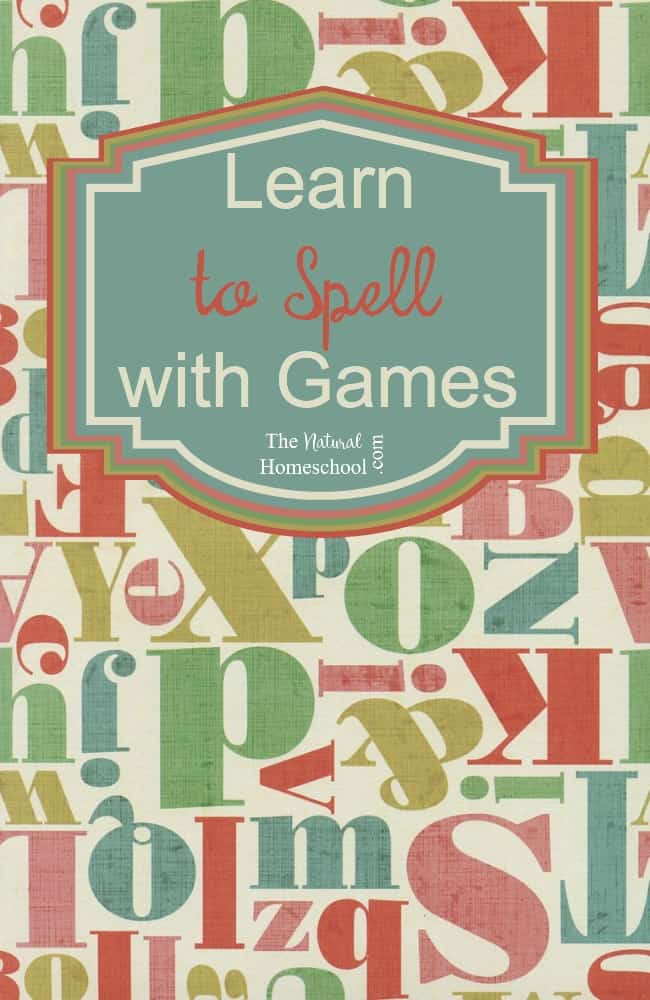 Learn to Spell with Games

Learning Spelling with kids games is fantastic! They are for kids ages 8 and up, but my children (who are younger) enjoyed them just as much. The two games are Roll ‘n’ Spell game and Letter Deck. Roll ‘n’ Spell is a board game. Letter Deck comes in a smaller box and it comes with a deck of cards with letters on each of them. 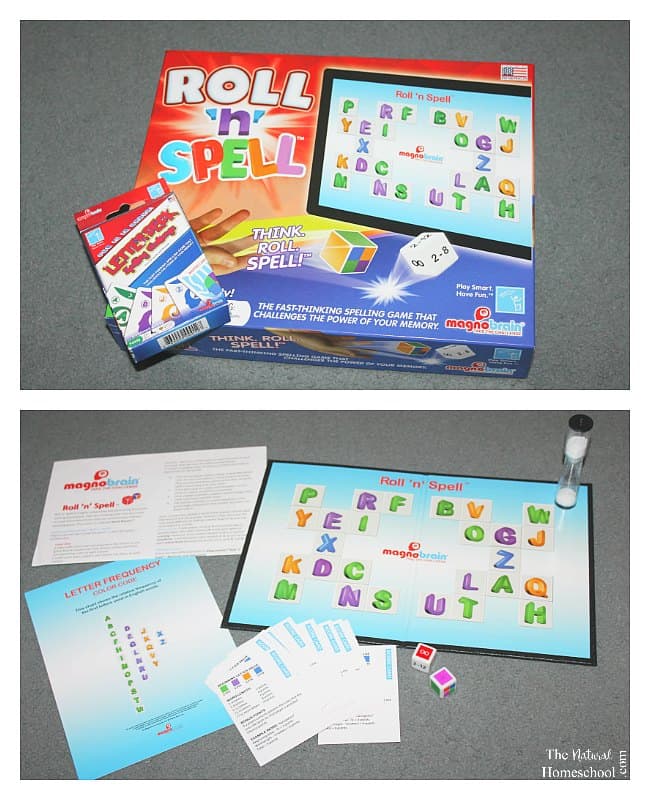 These are both great Spelling learning games for kids. Let me tell you about Roll ‘n’ Spell first. You set up the game like in the picture below and (long story short) the object of the game is to roll the die and spell as many words as possible, following the specific rules, number or letters for each word and so on. The players get points according to how many letters their words have. 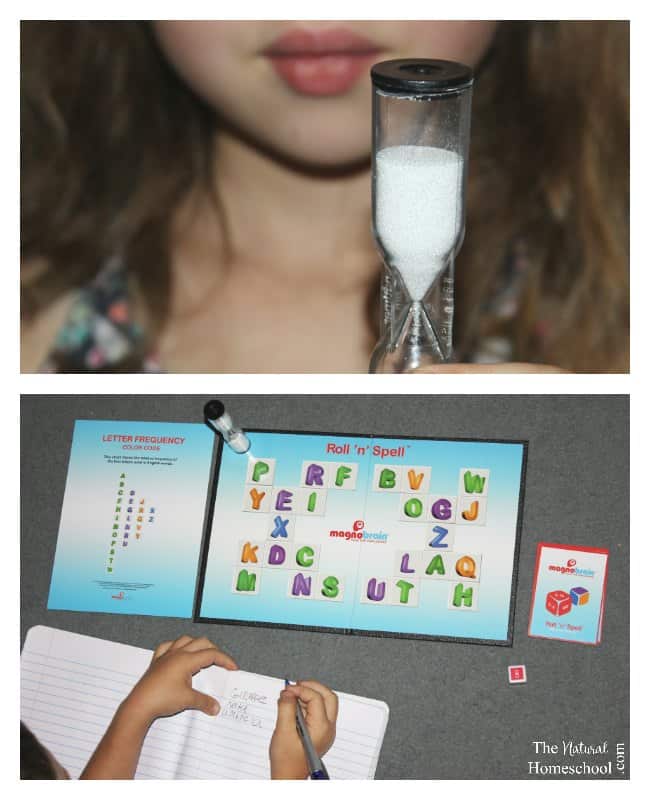 Spelling board games like this one really exercise kids’ brains, make them think critically and creatively as well as expand their word knowledge, configuration and Spelling! My children had a blast playing Roll ‘n’ Spell. You can read more about it and even watch a video on how it’s played if you click on the image below.

Both Roll ‘n’ Spell game and Letter Deck are wonderful Spelling games for kids because they improve memory, dexterity, develop fast-thinking skills and also Spelling with confidence. When we first started playing, my kids were slow in coming up with words and spelling them. But the more we played, the faster they got. I was amazed to see their brains grow right before my eyes! 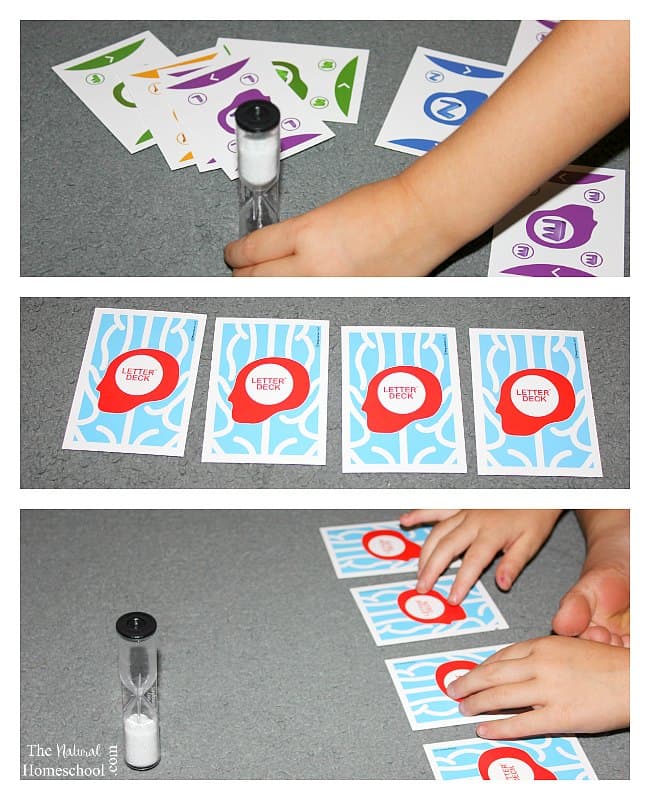 Let me tell you a little bit about Letter Deck now. In this card game, you challenge your memory and vocabulary speed. You recall words and spell them to earn points. My kids loved watching the timer run low as their list of words would get longer and longer. They were having so much fun as they were training their little brains.

All in all, we loved both games and have played them several times. We love them every time and, like I said, I can tell immediately that my children’s brains are being exercised and are growing. I highly recommend these games. I am serious when I tell you that they will make an awesome holiday or birthday gift. You get a better deal when you buy both. Even though they don’t go together (they are separate games that can be played on their own), you can gift both to a child or children or separate them to give one to each child. Either way, they will love both games. 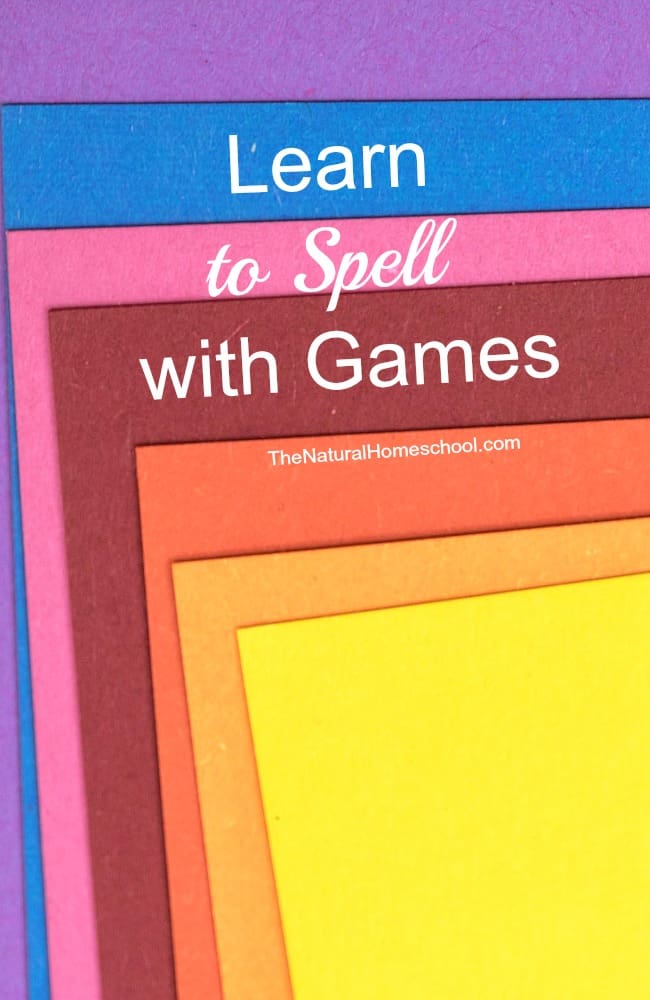 Thank you for visiting our Learn to Spell with Games post!